When it comes to mecha video games, Front Mission has been one of the most popular names around, next to Armored Core and Gundam games. Since the release of the first game in 1995, the series has spawned some of the best tactical RPGs available in any console, along with a few spin-offs that has divided opinions within the fanbase. With over 11 games being released, it is a challenge to rank all of the games. To make this much simpler, we would be ranking the games from the series, while mentioning some notable games in the franchise. With that in mind, here is our ranking of the best main series Front Mission Games.

Front Mission is known very well as a tactical RPG series. However, there are instances in which the series has ventured into different genres. One of these games was Front Mission: Gun Hazard, which was a spin-off released in Japan for the Super Famicom. Instead of being the standard tactical RPG, Gun Hazard is a side-scrolling mech shooter that is similar to the Assault Suits series. 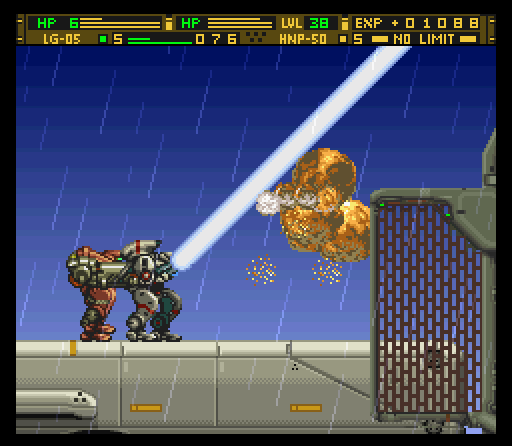 The game offers new gameplay elements such as a progression system that upgrades your weapons through combat usage and on-foot pilot sections that offer up a good challenge. You also get to bring along a number of characters who have wanzers with different abilities that can help you when you’re in a pinch. Customization allows you to switch out your weapons in between each mission, which add more variety to the game. While the story differs from the main series timeline, it still offers enough intrigue to get keep you going, along with some interesting boss battles that can be quite challenging. If you are looking for a break from the standard tactical RPG gameplay, Gun Hazard is surely worth a try.

While Gun Hazard has a reputation for being a well-done spin-off, Evolved is seen as a drastic departure from the core elements of the series and was not well-received by fans. The game is a third-person mech shooter similar to Armored Core, which should not be a bad thing if it weren’t for the lack of polish. The storyline has also been rebooted, which would not sit well with a good number of series veterans. While the game has some classic elements such as customization and weapon and parts optimization, the game did not have the classic Front Mission feel and was more of a standard mech shooter experience that feels flat.

Starting off our rankings is the last main series game to be released to the West. While Front Mission 4 is not a bad game at all, it certainly felt like a step down from its predecessor in certain aspects. These aspects include a more linear storyline, graphics that can get too dark in certain places, and abilities such as pilot ejection being removed. 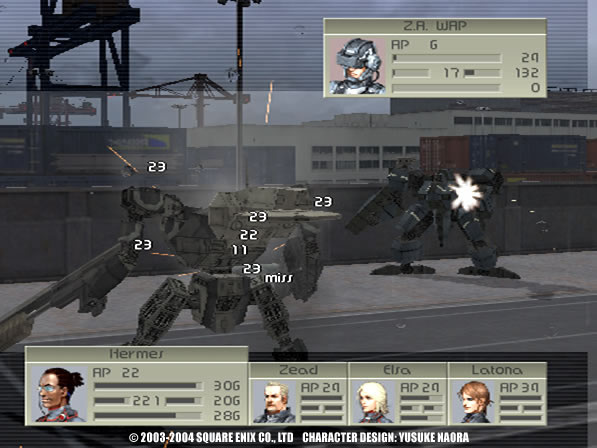 Despite these flaws, the game still offers a fun experience through some challenging missions that take you to an armed insurgency in South America, to stopping shady top-secret operations in Europe. While this may not be the best main series experience, it remains as a solid and accessible entry into the series. 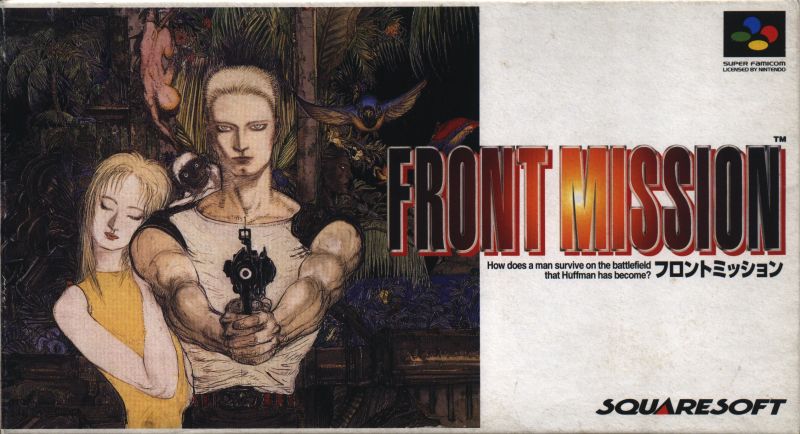 The game that started one of the most popular mecha franchises, Front Mission may not be the first tactical mecha RPG, but it certainly was one of the best during its time. While it may not have aged as gracefully compared to the later titles, along with being one of the most difficult games in the series, it is still an experience worth playing.

The game introduced us to the classic gameplay elements, such as customizable parts, the Arena mode, individual health bars for body parts, and varied weapon types. The game also acts as a starting point to the branching narrative of the whole series, which we would see jump from timeline after timeline. There are two campaign options to choose from as well, which offers you a lot of depth. Definitely a game worth adding to your collection. 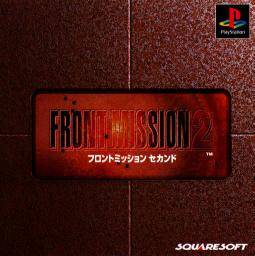 Perhaps the least mentioned title in the series, Front Mission 2 was the first 3D entry in the series and helped establish the direction in which the future titles would follow. The new gameplay elements added is the link system, which allows your allies to assist you during attacks, an expanded Arena mode, and in-game internet browsing, which provides a background into the world of Front Mission. 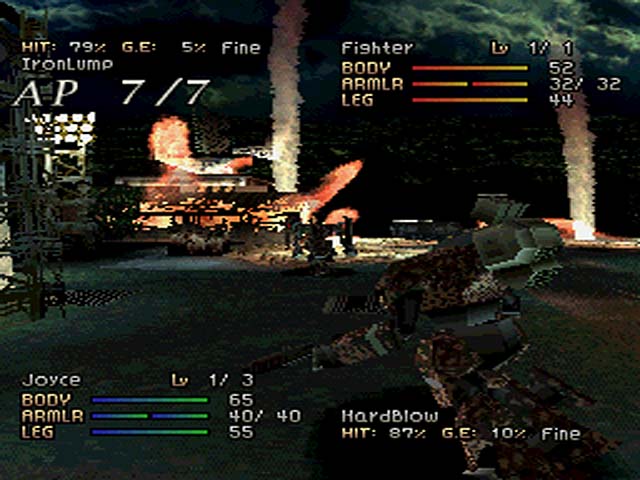 Graphically, the game is well-done for its time, with dynamic battle animation that makes you feel the intensity and urgency in battle. The game is also known for being quite challenging, requiring you to face a high number of units in certain missions. While this game might be a rare find these days, this is surely an underrated classic worth picking up.

Before this game, no previous game from the franchise has been released outside of Japan. This made Front Mission 3 the first Front Mission game that they ever got their hands on for a good number of people. And boy did they get one heck of an experience.

Visually, the game was a step-up from the previous title, gameplay-wise, this is also the most accessible game of its time. The game also has you choose between two main story paths that offer you a solid 20-40 hours of gameplay each. The customization has also improved, allowing you to mix, match, and upgrade Wanzers of your own creation. While the game lacks an Arena mode, you still get a more solid Battle Simulation system. This is also the first main series game to allow pilots to leave their wanzers as well, opening up possibilities such as capturing other wanzers or vehicles. Next to Xenogears, this is one of the best Mecha RPGs on the PS1, and is one mecha game that everyone should try at least once in their life.

Talk about going out with a bang, the last game in the original series is also the best. Front Mission 5 was the game that branched out all of the narratives of the previous game and connected it all together to culminate in one epic story that spans decades. The game stepped up in so many ways, from the amazing graphics that push the PS2 to its limits, a more solid and balanced gameplay that provides the right amount of challenge, along with a wonderful cast of characters and wanzers to keep you occupied. 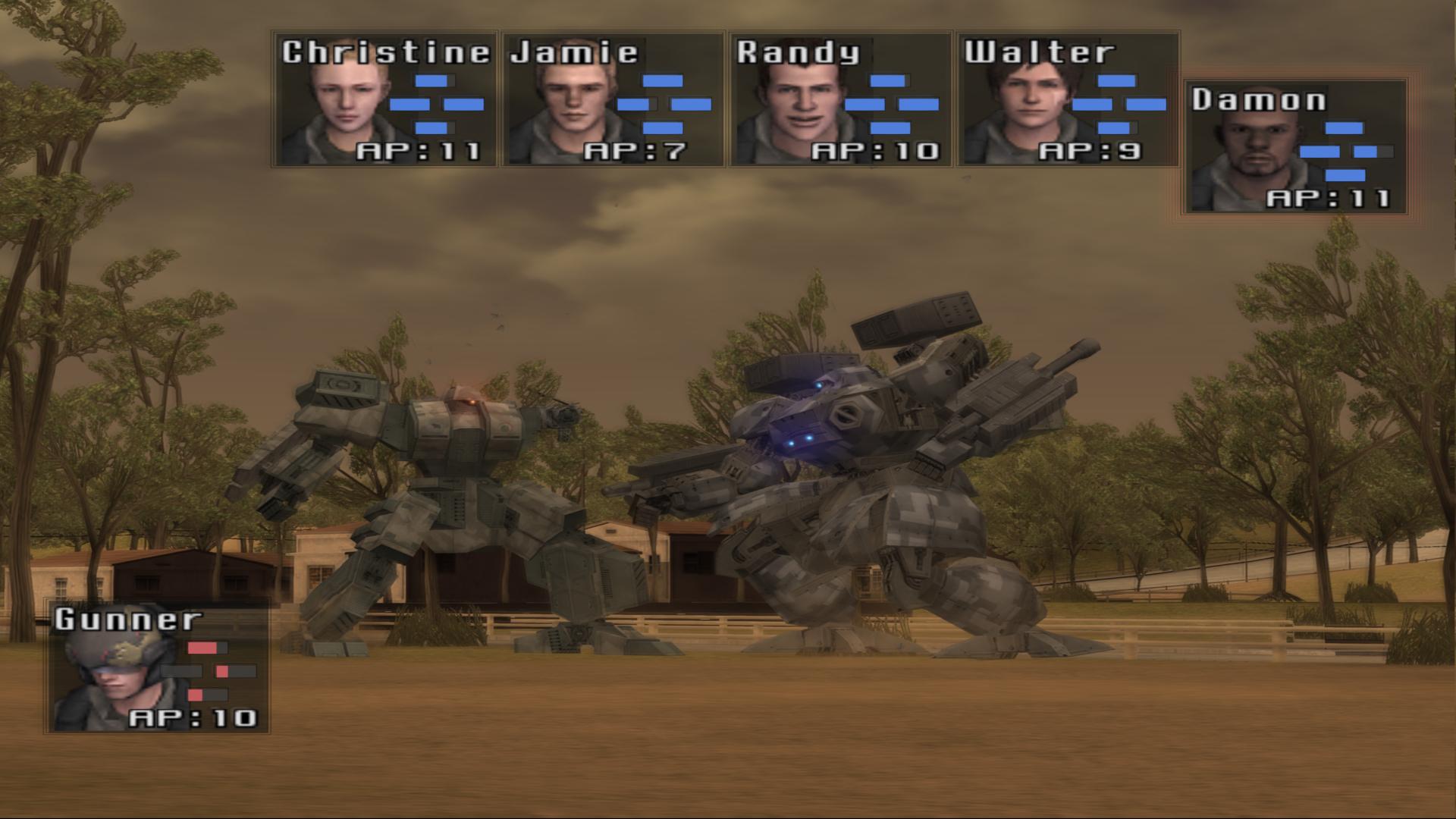 The story and characters are some of the most memorable in the series, as you follow them to a story that begins from their childhood, to eventually grow into grizzled veterans. Being the game that connects the whole Front Mission timeline, you also get to see a few familiar faces from previous games. The customization is as smooth and fun as ever, and the returning Arena mode provides you with a challenging grind that helps you create stronger mechs for combat. If this game had one major flaw, it would have to be the fact that it was not released outside of Japan. This game is truly the definitive Front Mission experience and is a great way to end the story of one of the most popular mecha game series. The Front Mission series is one of the best tactical RPG games around, and these games all offer a wonderful and diverse experience that you will surely appreciate. Agree with our picks or have other thoughts about the series? Leave a comment below!

A former teacher and guitarist, Jude (Twitter, Instagram) is currently a writer that covers video games and is one of the co-hosts of The Geeky Juans. Apart from hosting the podcast, you can also catch him streaming at Dude It’s Jude on Facebook.