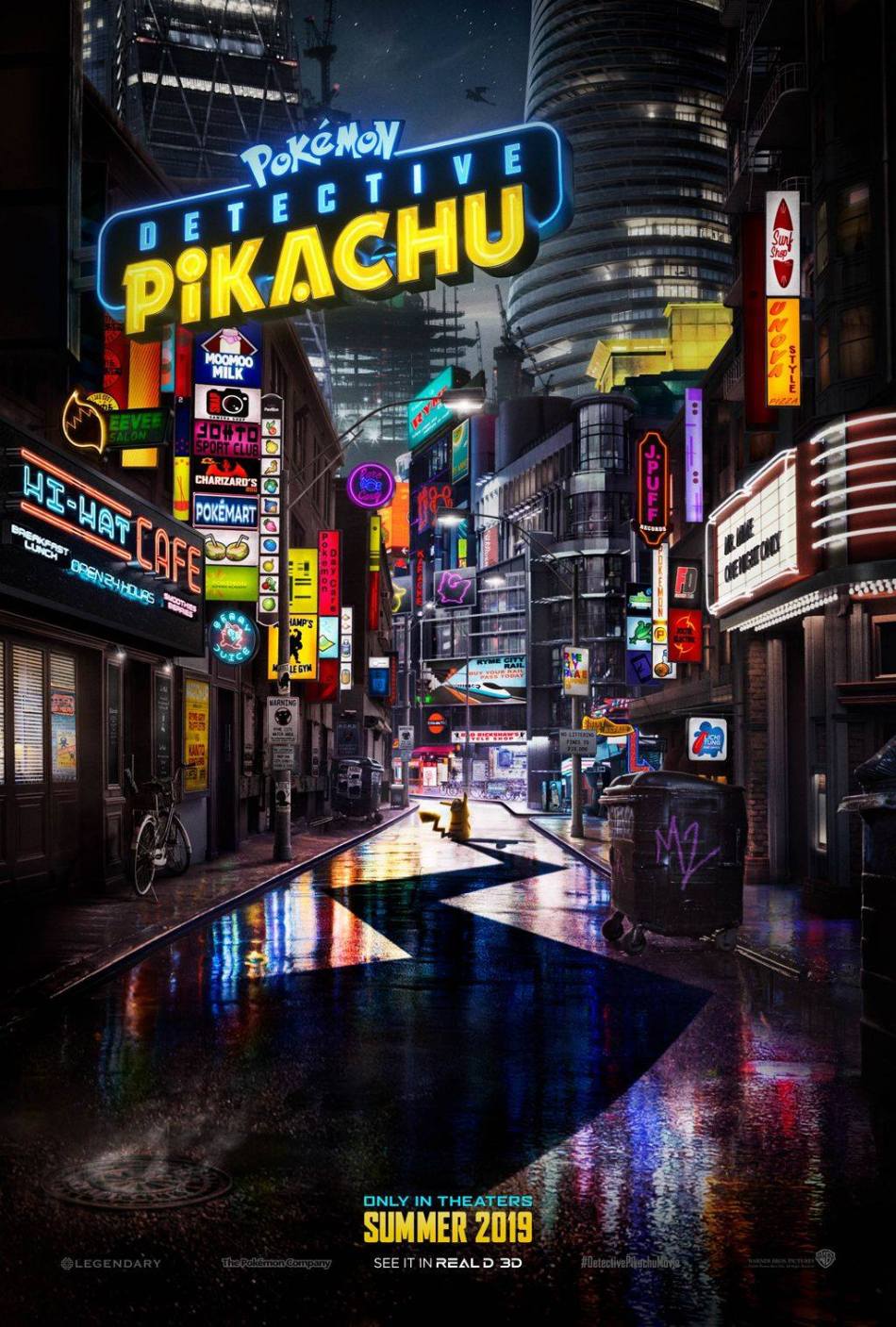 I have so many things to say about the Detective Pikachu. First of all why?! Second. When can I pre-order tickets?

This trailer came out of nowhere. Amidst the sad news of today, this little preview brought a sense of joy. The first thing we see is Ryme City. A place where Pokemon and Humanity co-exist. You see a Dodrio and Charmander just walking around. Free to roam as they please. We are then introduced to the main character, Tim. A boy who seems to hate Pokemon. His father’s friend, played by Ken Watanabe, talks about how Tim wanted to become a Pokemon Champion until his father went missing.

What a conundrum he must have gotten in when a Pikachu with a Hat lands inside his apartment. The situation becomes even more peculiar when Tim can understand what this Pikachu is saying. To others, all they can hear is “Pika, Pika.” Pikachu convinces Tim to join forces and find Tim’s father. Along the way, we see Pikachu fight a Charizard, 3 Greninjas, among others. Later on, they are accompanied by a yet-unnamed girl and her Psyduck.

We see glimpses of various Pokemon from Generation 1 and even a few Generation 6 Monsters mixed in. Bulbasaur looks perfect. Jigglypuff is a little on the furry side. Pikachu doesn’t look too bad. Heck, Psyduck looks like how he would in real life. And I’m pretty sure I saw a Generation 7 Grass type accompanying the Bulbasaur Parade. Greninja was the show-stealer though. He looked so amazing that it left me speechless. For a 2 minute trailer, I was hooked. No movie trailer has had an effect on me like this since the Infinity War trailer.  Maybe it’s the nostalgia glasses or I just love seeing something that has been brewing for so long finally come to fruition.

Either way, I can’t wait for Detective Pikachu!

Check out the rest of the trailer below!