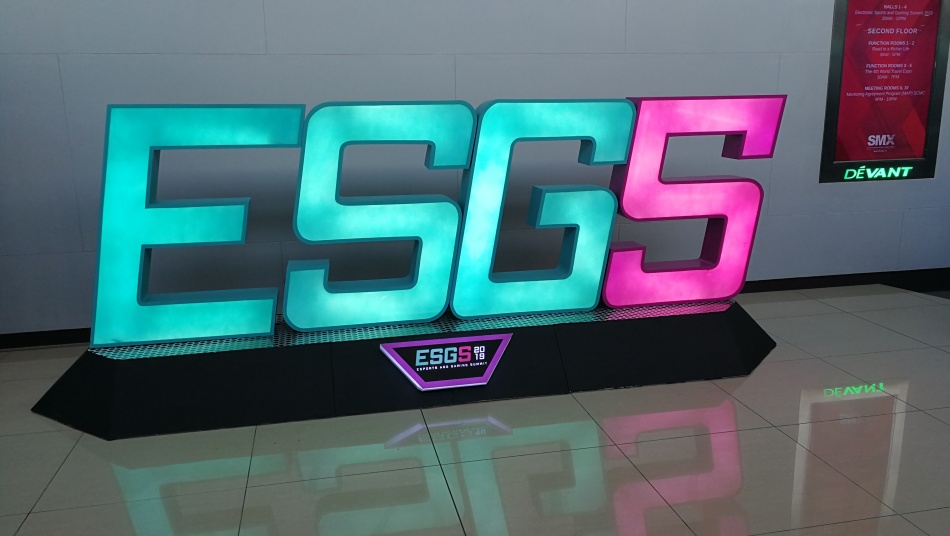 Step into a thrilling, action-packed world with the best players in the scene

Arcade and video games have expanded beyond coin-operated machines and consoles. A long time ago, these games were popular as a past time or entertainment activity—and while many still do, the interest and community have grown so much and gave birth to professional esports athletes.

The growth of Internet enabled the rise of esports as more people get convenient access to online games and competitions. There’s quite a lot to tackle when it comes to esports, especially for those who are still on the outside looking in. Here are a few things you need to know to familiarize yourself with the scene:

Simply put, esports are competitive video gaming held at a professional level. Highly-skilled professional players of various video games designed and tuned for top-level competition duke it out against each other either individually or in teams (depending on the game) for cash prizes, titles, and glory.

Over the past few years, many tournaments have sprouted both locally, regionally, and internationally, usually with national or corporate-sponsored teams playing against each other. Professional esports players train hard to be the best, win said cash prizes, and make a living.

What games are usually played as esports?

MOBA: Arguably the most popular esports genre, a MOBA is a game that involves two teams of five trying to defeat the other by destroying the opposing base in an arena-like map. MOBAs are accessible and casual-friendly in the Philippines, with the most played games being DOTA 2 and League of Legends on PC, and Mobile Legends: Bang Bang and Arena of Valor on mobile. In fact, many esports events here are centered on MOBAs due to their sheer popularity.

Fighting games: The fighting game, one of the oldest video game genres available, needs no introduction—it’s a one-on-one affair with both trying to knock each other out. The most popular fighting games now are Street Fighter V and Tekken 7, which are easiest to watch because of their simple premise.

RTS: The real-time strategy genre is simple, yet also the most complex—a player amasses resources, builds an army, and deploys them strategically in order to defeat their opponents. The video game that could be said to start the esports phenomenon is StarCraft, a classic RTS that created a huge professional scene in South Korea. Today, its sequel StarCraft II is still a highly popular esport in the Philippines.

FPS: The first-person shooter genre was considered the most popular kind of game in the early 2000s before the rise of MOBAs thanks to Counter-Strike. There’s still a huge player base for FPSes due to the popularity of Blizzard’s Overwatch, as well as Counter-Strike’s sequel, Counter-Strike: Global Offensive.

Sports games: Sports games may be the easiest to grasp, as they’re just digital versions of real sports. Games like NBA 2K and the FIFA series, digitizing basketball and soccer, respectively, are highly popular with traditional sports fans and have huge followings.

Card games: Physical trading card games have translated well from paper to digital, and while the genre has been around for more than a decade, they’ve only emerged as an esport fairly recently. Blizzard’s Hearthstone has a fairly decent player base in the Philippines, and Wizards of the Coast’s Magic: the Gathering Arena, the digital version of the game that started the whole genre, is rising steadily.

Where can I watch esports?

There are two ways to watch esports: in person at a tournament or event, and via streaming on the internet.

Online streaming is commonplace, with various outlets and channels broadcasting games and tournaments available, such as Twitch and Facebook.

For live events, the growing esports scene in the Philippines has a lot to offer. Conferences, tournaments, conventions, and events are held almost all year round, providing esports players and fans many opportunities to experience the thrill of the action.

One such event is this year’s Esports and Gaming Summit (ESGS) 2019 that happened last October 24 to 27 at the SMX Convention Center in Pasay City. ESGS, powered by the Philippines’ fastest mobile and fixed networks Smart and PLDT Home Fibr, featured play sessions for gamers of all skill levels, as well as the opportunity to watch live Mobile Legends: Bang Bang and DOTA 2 matches, and a lot more.

An esports scene powered by the fastest Philippine networks

Filipino gamers can enjoy gaming and esports not only at ESGS 2019, but also in the comfort of their home or on the go thanks to PLDT’s fastest Home Fibr connection and Smart’s fastest LTE network, which allows them to play nonstop with the new Gigafied GIGA Games mobile data package. Both networks are awarded by third-party organizations such as Ookla, OpenSignal, Tutela, and P3 in their respective crowd-source-based studies on mobile internet services in the Philippines.

NBA 2K has evolved to become a platform for gamers and ballers to come together and redefine the next basketball culture. With an immersive open-world Neighborhood, NBA 2K20 features the best in class graphics and gameplay, ground breaking game modes, and unparalleled player control and customization.

Beat Saber is a virtual reality rhythm game where you slash the beats of adrenaline-pumping music as they flow towards you, surrounded by a futuristic world.

Enjoy the full gaming experience at full speed with PLDT Home Fibr, perfect for multi-player and bandwidth-intensive games like DOTA 2.

Gamers can also get ahead in top mobile games with Smart Giga Games, which offers up to 2GB plus 1 GB per day of Games All-Day for Mobile Legends, Arena of Valor (AOV), Clash Royale, Clash of Clans and more.

Capping off a wild weekend

We would like to extend our thanks to the entire Ripple 8 Management team and PLDTSmart for inviting us to cover ESGS 2019. We’ll be sharing our review soon so you, our dear readers, can get a better idea of what the event is all about. See you next year!

0 comments on “The Ultimate Beginners’ Guide to eSports (Sponsored)”