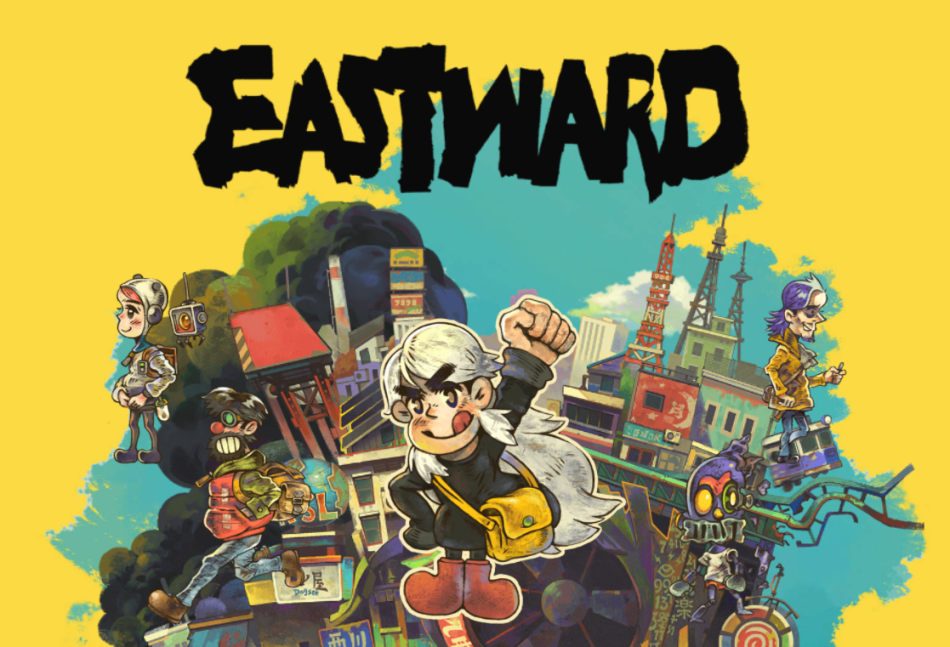 2021 has been a solid year for RPG titles, with the likes of Bravely Default II, Tales of Arise, NEO: The World Ends With You, and Shin Megami Tensei V providing some of the best storytelling experiences over the past few months.

While these big hitters surely delivered, another beautiful adventure worth mentioning is a little game called Eastward (Switch, PC, Mac) which is a wonderful love letter to classic titles like Earthbound. Playing through the game, I realized that this is a case of finally finding a game that gives off that charm that makes your heart warm.

As you enter the world of Eastward, you immediately jump into the main story with protagonists Sam and John, two characters that you will grow to love as you play through their journey.

The story starts off as something pretty simple but then grows into an elaborate adventure that has a colorful cast of characters that you’ll care about, and a vibrant post-apocalyptic world that will keep you in awe.

With visuals that feel like a cross between the Earthbound and Mother series and anime, Eastward creates a wonderfully colorful world that offsets much of the bleak atmosphere that the story conveys. Character designs are bright and present the wonderful personalities you meet very well, and the environments look kush and lively.

The towns and cities of Eastward stand out thanks to the amazing amount of detail put into each building and street corner. I find myself capturing screenshots and just taking in the wonderful scenery all around John and Sam.

In terms of gameplay, Eastward is simple in terms of structure, feeling like a classic Legend of Zelda game with weapons and abilities to keep combat varied, and puzzles that provide a break between the action sequences.

While combat does give you options, there are times where I run the same ability and attack combo, with some of the weapons being left out in favor of John’s trusty frying pan. Sam’s abilities make it more interesting, but it would have been nice if she had an extra ability or two that shook things up.

The puzzles get more challenging in the game, but it won’t be too tricky until the final third of the game. That’s when the puzzles become satisfying to solve and give you enough challenge to keep you thinking.

Eastward can be finished in around 20-30 hours depending on how much you want to explore each main area before proceeding with the story. There’s a good amount of treasure scattered around each area, giving you more incentive to explore and improve your abilities and get more hearts. It also helps that each character dialogue is pretty fun to see, making you spend more time in the cities and towns even more.

Apart from that, you also have Earth Born, an RPG minigame that is a nice call back to 1980s RPGs like Dragon Quest. I found myself spending 30-45 minutes during each Earth Born playthrough, and enjoying it before jumping into the main game. However, there isn’t much to go around after a few runs.

Eastward is not only a beautiful pixel art game, but it also has some of the best music around. The soundtrack composed by Joel Corelitz fits every mood and scene of the story, giving us catchy tunes that will get stuck in your head for days. Whether it be upbeat moments that will leave you smiling, or bleak scenes that will have you feeling somber, there’s always a tune that fits.

The sound effects feel like a nice throwback to the classic RPG games of the 1990s, with combat sound effects conveying the impact of your attacks really well. The dialogue also has distinct sounds for each character in place of voice acting, which adds more color to an already bright game.

Eastward is a wonderful little game that has a story that has its heart on its sleeve, with a setting and cast that you will grow to love and care about. There’s just so much to like and be entertained by, making it a very recommendable game for anyone looking for a fun story to play.

With so much heart and charm, Eastward is a fun RPG that offers excellent visuals and a heartwarming story that is a rocket-fueled train ride from start to finish. While gameplay mechanics might feel too simple at times, it still stands as one of the best RPGs of the year.

The TGJ Game Review metric is divided into 5 categories, with each one having an individual score. The average of all these scores will determine the overall rating of the game. The criteria are as follows:

Visuals: This measures the game’s artistic, graphical, and visual design.

Mechanics: This measures the controls and other gameplay functions that can be performed.

Replay Value: This measures the fun factor of the game after multiple playthroughs.

Heart: Each game has something that makes it feel like a special experience. This category measures what makes the game a great experience. These factors can include stories, community, and much more.

A former teacher and guitarist, Jude (Twitter, Instagram) is currently a writer that covers video games and is one of the co-hosts of The Geeky Juans. Apart from hosting the podcast, you can also catch him streaming at Dude It’s Jude on Facebook.

1 comment on “Eastward Game Review: An Adventure That Wears Its Heart On Its Sleeve”